The planning for the hot phase of the Drumbo Cup began at the end of 2019. For the Nike Kids category we developed a coherent concept for the final phase of the tournament. We accompanied the implementation from the district finals to the grand finale in the Sömmeringhalle.

The Drumbo Cup is the largest school football tournament in Germany, in which more than 100,000 pupils have already taken part since 1975. Among them are well-known professionals like Jerome Boateng, Kevin Prince Boateng, Pierre Littbarski, Thomas Häßler and Christian Ziege.

By the end of February 2020, we surprised the girls at the district final with a seminar on Sport Bras and gave them the special opportunity to have their new favorite piece customized directly on site.

On the last day we added another shovel to the mix and at the Nike customization station the kids could have their drumbo cup shirt customized with the print gun or flocking machine. In the creative area we gave them the possibility to design different fan articles for there school under the guidance of professional artists.
In addition to the newly designed warm-up area, in which the kids could be photographed and print their photo directly on site, there were great prizes and some competitions during the tournament.

Our tasks included the conception, the design of the different stations and branding areas, the project management, the production, the personnel planning and much more. 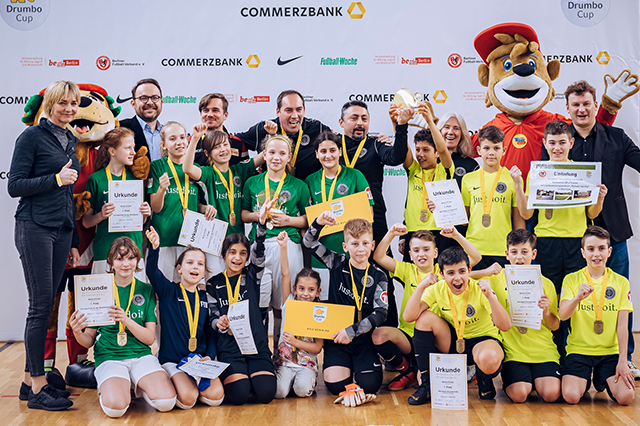 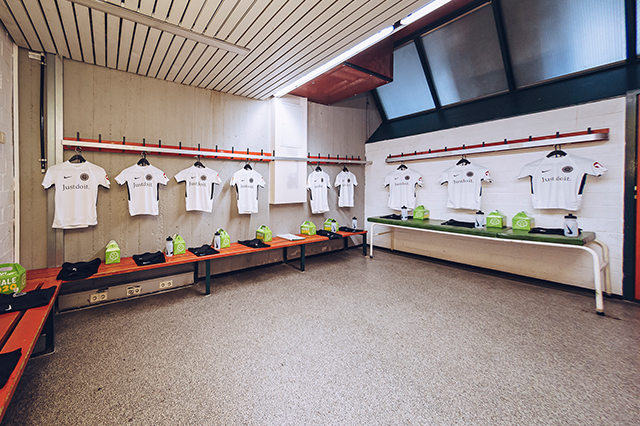 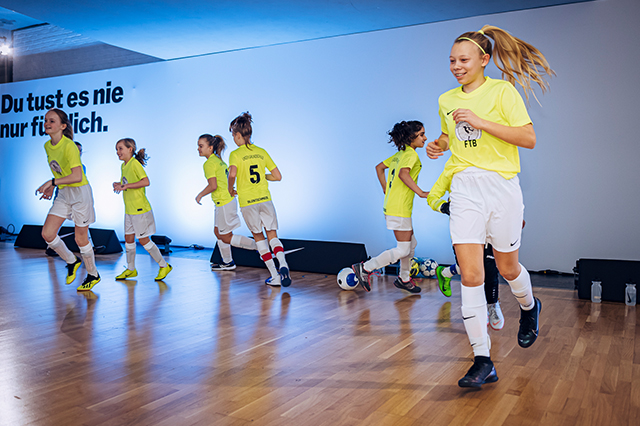 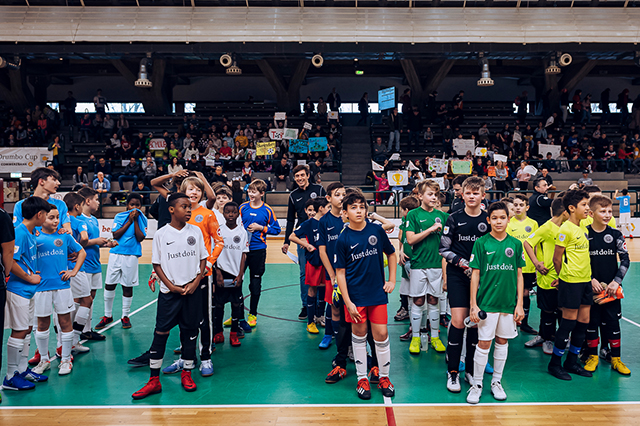 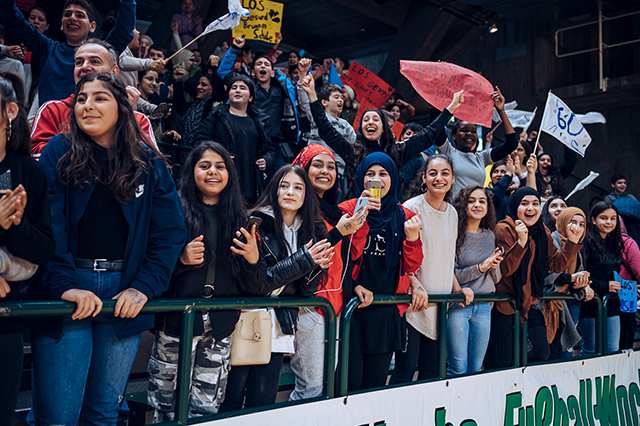 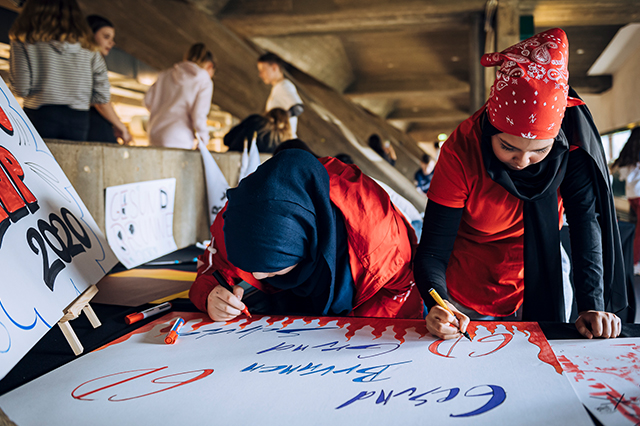 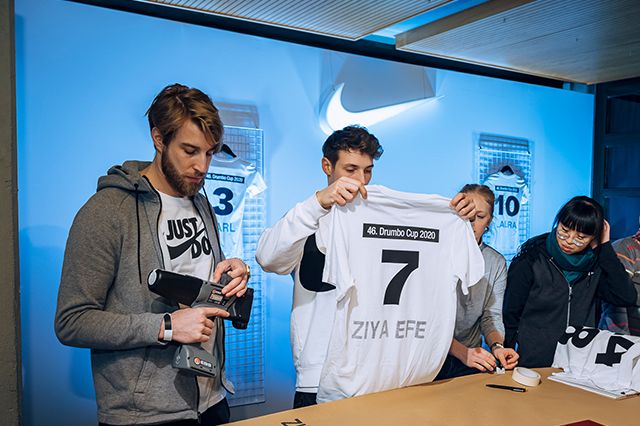 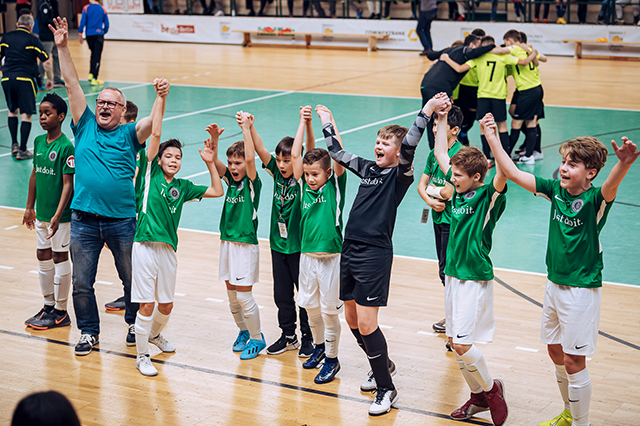 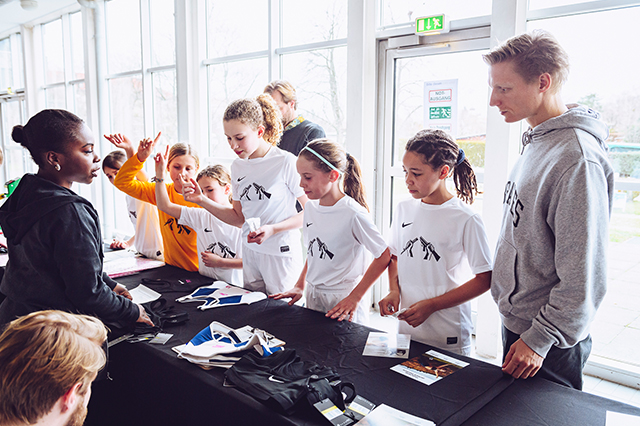 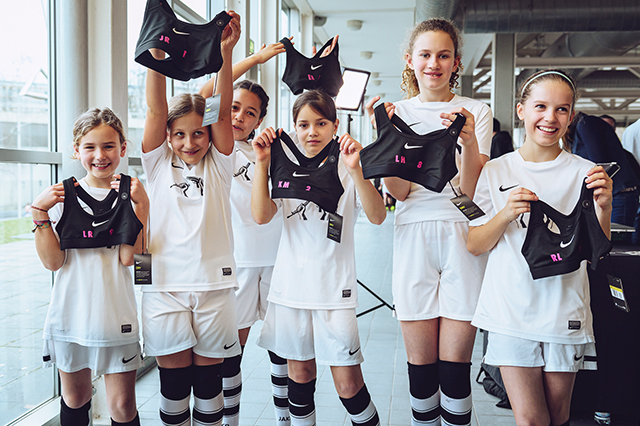